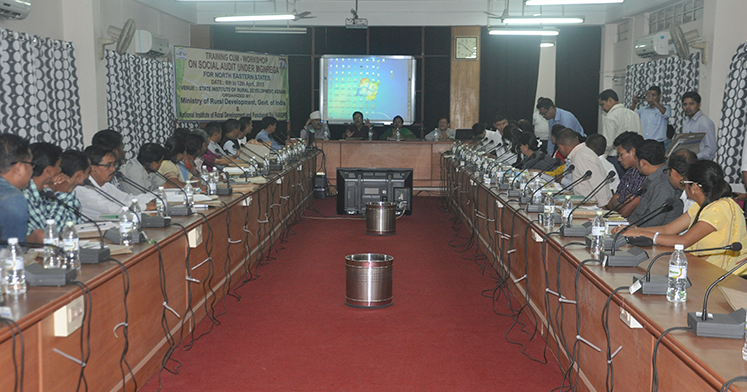 The Earthquake that hit Sikkim on 18th September evening at 6.10 pm measuring 6.8 Richter scale left in its wake a trail of death and destruction, leaving a population of close to 100,000 homeless and almost 60 dead (as on 21st of september 2011) and 32 seriously injured. The quake lasted for about 30 seconds and shook the entire state of Sikkim as well as its tremor felt in other part of India like Lucknow, Patna, Kolkota, New Delthi. The epicenter of the quake was located 64 kilometers North-west of Gangtok. The total loss as per the Chief Minister’s  announcement on 21st September was 1 lakh crore.

The major area affected was mostly in North District Sikkim and also East, West and South were also heavily affected.  In the North Sikkim especially Mangan being the location of the epicenter made it impossible for rescue operation to distant villages and towns, to be conducted on time as the connecting highways were blocked due to post earthquake landslides.

VHAS initiative in relief and rehabilitation activities in affected area:-

Despite being shocked and shattered by the earthquake of 18th evening, the energetic staff of voluntary Health association of Sikkim strongly felt their need towards the society. Though the government had announced the state holidays for some time, they started working towards the Relief and Rehabilitation of affected villages and people.

Following are the detail of the activities carried out by VHAS:-

VHAS carried out relief activities individually as well as in collaboration with different institutions.

Voluntary Health Association of Sikkim (VHAS) was established on 22nd July 1997 and registered under vide Sl. no 1083 Vol.-I dated 24-05-1999 with the Land Revenue Department, Government of Sikkim in accordance with notification No. 2602/A/H dated 25/03/1960. VHAS head office building at Tadong was inaugurated by His Excellency, the Governor of Sikkim, Shri V. Rama Rao. During his inaugural speech, he requested the VHAS towards working jointly with the State Government in enabling the down trodden section of Sikkim to avail the optimum medical care and health education in their respective areas of settlement. Speaking on the context of “Health is Wealth”, he also supported the vision of VHAS with regard to establishment of States Medical Council in Sikkim followed by its representation in the Medical Council of India. The organization was established with the basic philosophy and mission to promote the sustainable community health and development in the State of Sikkim. It is a State level, not for profit, registered and Non-Governmental organization working with the concept of integrated community health development and action research. It is registered under the Foreign Contribution (Regulation) Act, 1976. VHAS is exempted under Income Tax sections 12AA of the Income Tax Act 1961 vide. F.No12AA/CIT/SLG/Tech/2010-11/3938-40 dated 31/01/2011 and under U/S 80G (5) (vi.) of the Income Tax 1961 vide F. No CIT/SLG/Tech/80G/12-13/2806 dated 06/09/2012. It is a federal member of the VHAI, New Delhi. VHAS has a secular constitution with the aim of improving the health and where everyone gets due with dignity without any discrimination on the basis of caste; creed and gender, enjoy their rights and exercise their duties. Organization believes in sustainable development where community reaches desired level of development and continue to achieve further. The goal of the organization is ‘Making health a reality for the people of Sikkim‛ with the people‛s health and development movement in the state through community participation. It also endeavors to sensitize the general public towards cost effective, preventive, promotive and sustainable health care system through locally available resources and scientific attitude to health and community development without ignoring Sikkim‛s natural traditions and culture. ROLE Implementation: VHAS will continue the role of an IMPLEMENTING organization which is the strength/core competencies. VHAS will work through partners as well as directly with the communities. Capacity building: The presence of civil society is extremely weak in the state due to lack of capacity. VHAS will play a major role in building capacity of various stakeholders. Networking, Advocacy and lobbying: Organization will play proactive role in advocacy and networking at all levels. Approach & Methodology for Implementation Situational analysis, Generating awareness, Directly as well as through partner NGOs, Activities on Accountability and Transparency, Service delivery on need based as part of demonstration and pilot, Empower communities and work through community based organization, and Establish Linkages between communities and government or other agencies Core Value & Culture of VHAS:- Feedback within and Outside the Organization: VHAS practices feedback as core value & culture which means anyone can give feedback to anyone. This feedback will be based on the knowledge, skills and attitudes affecting the work of the organization. No feedback will given or taken personally. There will be feedback both ways irrespective of senior or junior status. During feedback, strengths and areas which need improvement will be shared. Feedback should be constructive and include a possible solution. As far outside the organization is concerned, VHAS will always encourage communities, donors, government, NGOs etc. to provide constructive feedback on the functionality of the organization. Feeling of “WE”: All achievements belong to the organization and community, not to single individuals. Individuals will get credit of their hard work but other stakeholders will get credit for their recognition. Result Oriented Functioning: Organization is more concerned about “RESULTs” on ground. In all its discussion, sharing, project designing and getting funds, providing finance to other NGOs will be based on their result.